The summer after high school I worked in the graphic art department of the National Museum of Natural History, Smithsonian Institution. It was an internship position I earned on the strength of an essay, (ironically, because I was far more interested in becoming an artist than a writer at that time in my life), competing against high school seniors across the country. It was a fun, albeit brief, interlude before I entered art college that fall.

One of the unexpected bonuses of that summer was that my bus into DC, from the Maryland suburbs, arrived at the Mall an hour before I had to be at work, downstairs past the elephant in the rotunda entrance. That meant I had an hour to wander through the Natural History Museum, exploring all the corners I had missed on childhood trips, with no one around but the cleaning crew, Monday thru Friday, all summer long. How I wish now I could have the opportunity to do something like that at the American History Museum! But at that point in my life, this was the ideal situation to have landed in.

It was during that summer internship I learned that Robert Bateman, my favorite wildlife artist, whose work I then aspired to, would soon have a large showing in the downstairs gallery of the museum.

After my internship ended and Bateman’s show opened, I went back into the city several times to see his Portraits of Nature collection in person. It’s one thing to see these paintings in the pages of a book (no internet back then), reduced from their original sizes. It’s quite another to stand in front of them, many large as life, and see the brush strokes, the surprising color choices, the textures, the little squiggles of paint. I learned more about painting in the hours I spent standing and gazing at this collection of Bateman’s work than I did in two years of art college. 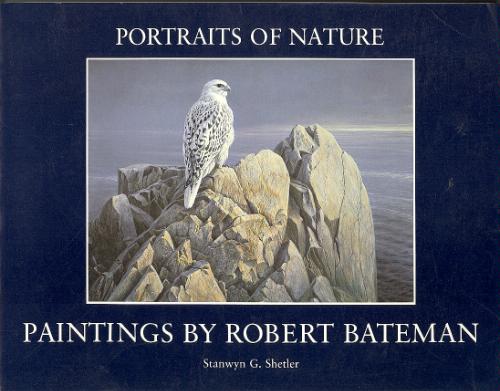 Paintings from the Portraits of Nature showing, Washington DC, 1987:

It’s been nearly twenty years since I’ve painted professionally. About that long ago I began writing, which quickly became and remains the master creative passion in my life. But I’ve decided it’s time to set up shop again to paint.  I’ll still be writing full time. In fact this month I’ve begun a proposal for a sequel to Kindred, just in case a publisher is one day as interested in seeing it as I am in writing it. I’m also working on a proposal for a third stand alone book set on the frontier of western North Carolina/eastern Tennessee in the 1780s.

Anyone else starting up new creative pursuits in 2011, or like me, reviving old ones?

photos by cliff1066, and krossbow